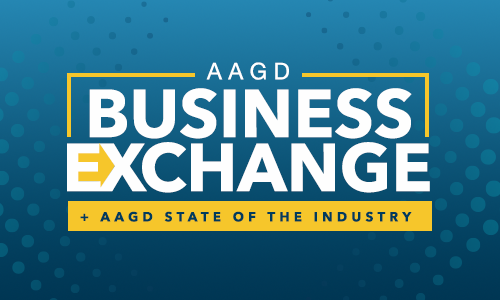 *Wins are highlighted in bold. 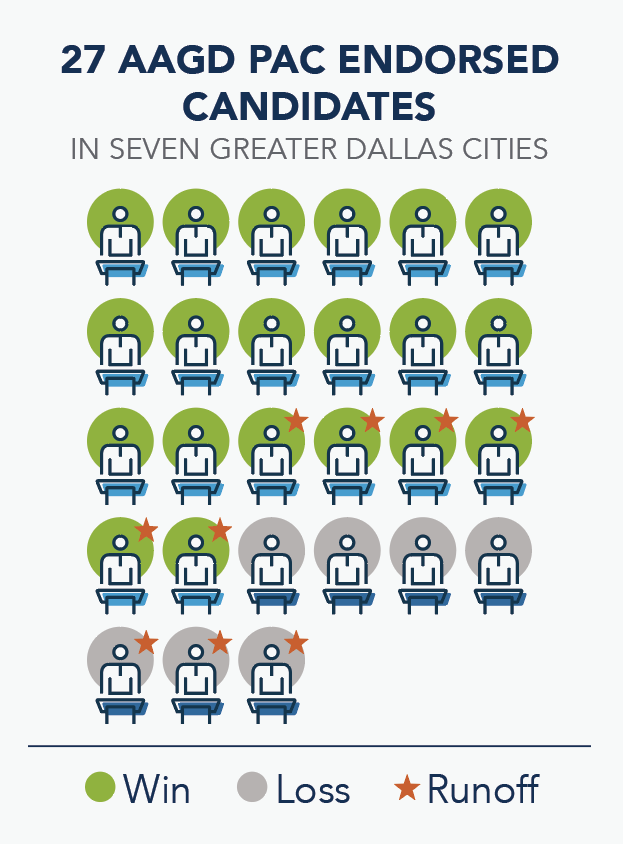 May 1 was election day for most North Texas cities. AAGD endorsed 24 candidates for mayor and city council in seven cities – 14 candidates won, four candidates lost, and six candidates advanced to the runoff election.

As expected, voter turnout was very low. In Collin County, turnout reached close to 15%, and in Denton County, less than 9% of voters turned out. In Dallas County, fewer than 10 percent of voters cast a ballot even though all 14 city council seats in the City of Dallas were up for grabs.

On June 5, several cities across North Texas held runoff elections for city council. The AAGD PAC endorsed nine candidates who advanced to the runoff following the May 1 General Election. As expected, turnout was low with 9% of registered voters casting a ballot in Dallas County and only 6% in the City of Dallas. In Collin County, voter turnout reached nearly 12% of all registered voters. Overall, six AAGD PAC-endorsed candidates won their runoff races and three lost.