Paper Forms Orders will only be available for purchase via the website: For tracking purposes all order will be shipped via UPS. Click Here to Order!

More than 3 million Texans cast a vote in the March Primary Election. Voters were charged with selecting candidates running for a wide range of offices, including statewide offices, Texas Senate, Texas House and local offices across Texas. Those candidates who did not receive 50% of the vote, are headed to the runoff election on May 24.

The AAGD PAC endorsed 49 candidates running for Texas Senate, Texas House and local offices, including County Judge, County Commissioner, and Justice of the Peace. Overall, AAGD PAC-endorsed candidates were successful in their races, resulting in a 79% win rate. Out of the 49 candidates we endorsed, 39 won, five advanced to the runoff election, and five lost. 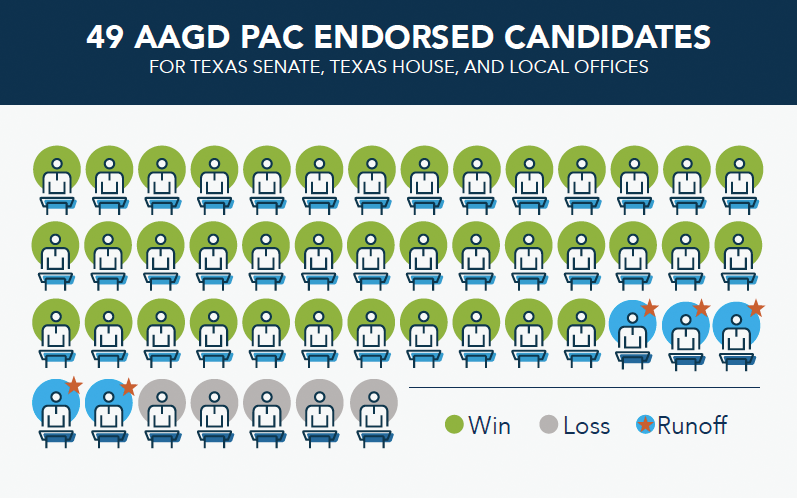 Wins are highlighted in bold
Runoffs are marked with a *